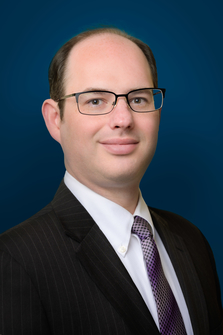 Paul has a wide variety of experience in civil litigation and transactional matters. Paul joined the Brereton Law Office in 2010 and has prevailed in cases involving elder abuse, mortgage fraud, disputes with home owner's associations, employment disputes and trust litigation, including dozens of negotiated settlements. Paul also handles transactional matters such as corporate and LLC formation, contract drafting and review, and estate planning. Paul has personally managed all stages of the litigation process, from discovery, to negotiation, to the trial itself.

Paul believes that a clear understanding of the client's needs and goals is the best way to start and proceed with any representation. Paul is primarily concerned with how the representation can best serve the client’s interests. This allows him to find and follow the path that will lead to the best possible outcome for the client.

Paul grew up in Santa Cruz and attended Santa Cruz High School before attending UC Santa Cruz. Despite his Santa Cruz roots, he is a Minnesota Twins and Vikings fan, which he inherited from his father, a Minnesota native.

This email address is being protected from spambots. You need JavaScript enabled to view it.